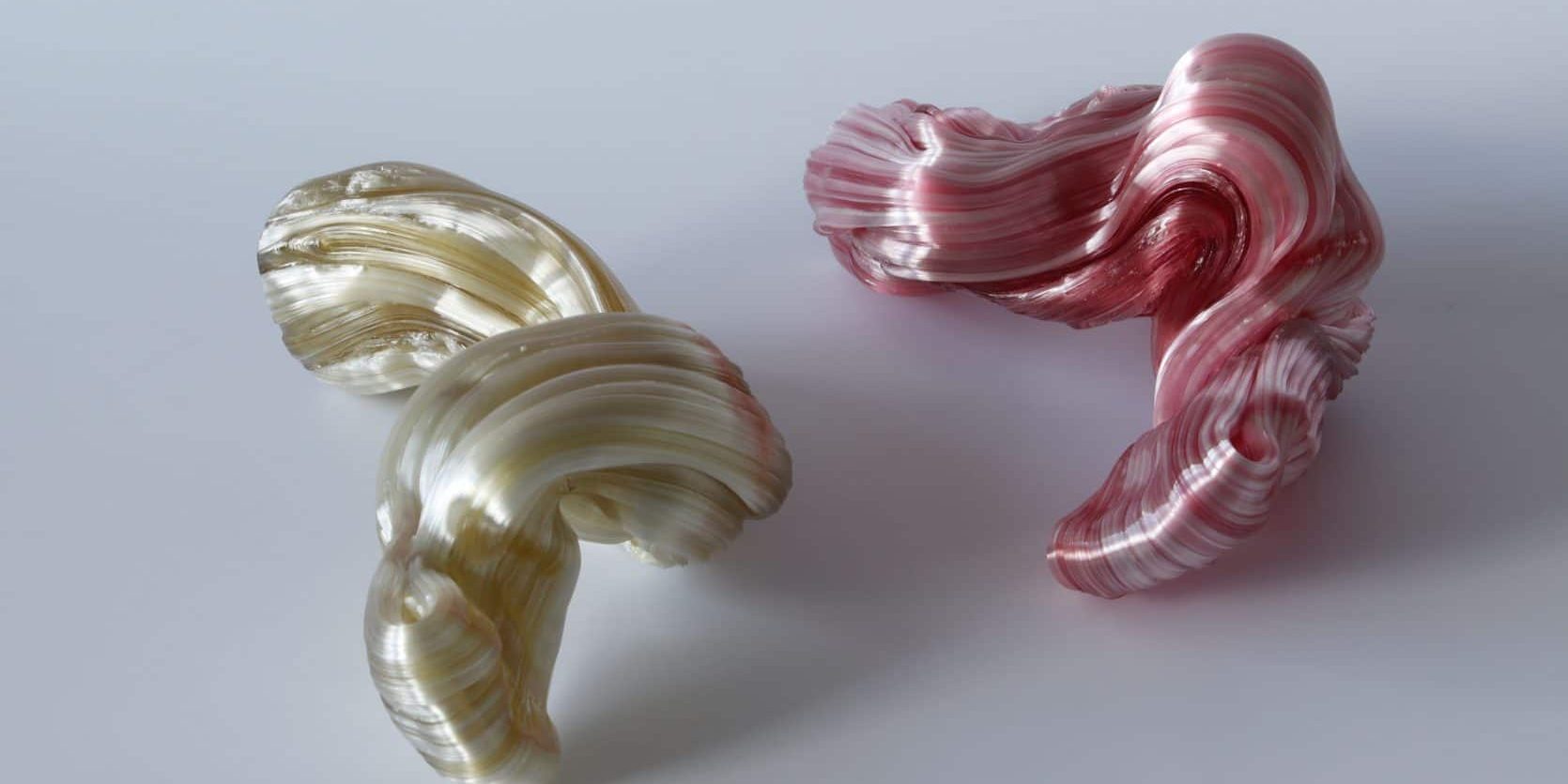 Maria Bang Espersen is a professional glassblower and has always been curious what could be done with glass. In this interview the Danish artist explains what fascinates her so much about glass as a material and why her art is politically motivated.

You have a background, that is very traditional for glassblowing. You studied glassblowing for three years and learned all the basics and techniques. When did you decide to move from traditional glassblowing to breaking all the rules you’ve learned and becoming an artist?

It happened when I changed schools. I had finished my 3 years at Kosta School of Glass where I had focused on technique only, to a design school on Bornholm with an emphasis on the outcome. I had promised myself, that on Bornholm, I would stay very open to what the school had to offer me in terms of a different approach to craft making. It was difficult in the beginning as I was struggling letting go of my perfectionism and fascination with technical glassblowing. But once I got there, once I understood what it meant to rediscover a material, there was no going back. I have always been curious about what glass could do, and I think this was a very natural development on my behalf. I always want to go a bit further and the excitement around discovery is very rewarding to me. This is probably also the reason why I have continued exploring other materials besides glass as well as my conceptual approach to artmaking.

„Glass is a material that is still partially undiscovered“

Why is glass such a fascinating material for you?

Firstly, glass is a fascinating and challenging material to work with in its molten state. I was drawn to its difficulty that allows for constant progress, technically wise. Secondly, it is a material that is still partially undiscovered. Unlike, for instance clay, it has only been part of a studio movement since the 60s. Before that, it was all factory production. This means that there is still so much to learn about it. It can still surprise us and reveal new sides to itself. An example is my project from 2012 titled Craftformation. Here I explode glass using compressed air which causes it to become super fine glass threads. Thirdly, it is a material that can hold many metaphors due to its transparency that is so unlike any other material, giving it much potential for artistic development.

I found a very inspiring quote on your Website: “Transparency is such a mess – it means both; that you look right through it and that something is clear. Please don’t look through it. Welcome to the present.” (2017) Do you see glass as a symbol for our modern lives? If yes, why?

I do not see glass as a metaphor for modern lives, but I consider it having the potential to do so. In addition, I find it fascinating that transparency and clarity are words that are being used metaphorically in contradicting ways; To see things clearly means to know something, but simultaneously transparency means invisible and therefor it becomes something that is not seen or known. I use that conceptual framework in some of my work.

Many of your sculptures have political messages. For example in the project “National Costume” you describe many questionable political descisions of the danish government concerning refugees. Is your art often inspired by political events?

It is. I find it important to engage with what is happening culturally as well as politically. For a while Danish politics have been heading in the wrong direction and therefore I simply cannot help but engage in that conversation. 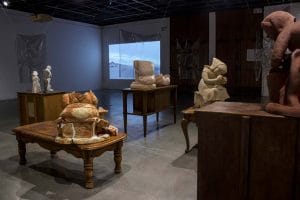 The Danish government’s mistreatment of in particularly foreigners, including refugees, just seem cruel to me. It is a conversation we should never forget and one that needs to be addressed constantly. Just because I am an artist, it doesn’t mean that I cannot act. For me art has become a political tool with so much potential.


Do you see yourself as a political artist?

I do. I even consider the less obvious glass works to be political. They are political in another way than for instance National Costume, but I do not believe that any action stand completely outside of politics. Everything we do is in conversation with the world that it exists in. My abstract glass sculptures are political in a soft way; they challenge conventions and traditional ideas about what glass is and can do, simply by being an alternative. They seek to push our boundaries and open our eyes to the possibility that things can always be different. My works seem to say “there is always another possibility” and that very much fits into a larger political discussion around norms and traditions.

Soon your work will be exhibited in the Victoria and Albert Museum London, one of the worlds leading art museums. How does that make you feel?

According to a friend of mine who went there recently, it is already on show at the V&A. This acquisition makes me overly excited and I feel honored that the museum decided to purchase two pieces from the Soft Series. It is thrilling to know that they will continue to be part of that collection and available for generations to come. Receiving acknowledgement on this level is stunning to me and I very much appreciate it.


From the 14th to the 17th of november 2019 your work will be shown at the Affordable Art Fair in Hamburg. How important are art fairs for you as an artist?

Art Fairs are important because of the large number of visitors and because to the “unexpected” visitor. Individual galleries often carry their own crowd, but at an art fair, the group of people you are reaching is expanded. I always enjoy sharing my work with new audiences as well as the potential for finding new buyers and admirers.

What do you think is the most important skill to become a famous artist, except creating wonderful and inspiring works of art?

I do not know if I am the right person to answer this question, but I will make a few comments on what I have found important throughout the years of making glass sculptures.

An artist really has to be good at many things, not only making. Among other things, this is often difficult. In the beginning I was applying to any possible thing I could find. This takes a really long times because of the requirements from the various open calls, but it seems to be necessary in order to get your work shown in the beginning. In addition to that, it is important to have good photographs of the work and often it is useful to have some writing and networking skills. The most important advice, I can give to others is to continue to believe in yourself and not to let anything hold you back. Never think that your work isn’t good enough, but just apply to all. You never know when you are suddenly awarded that residency or prize that you had never thought would be possible.

Maria Bang Espersen
The Danish artist Maria Bang Espersen completed a three-year technical glass blowing education from Kosta School of Glass in Sweden. Her works of art can be seen in the Victoria and Albert Museum in London, which has acquired two pieces for its collection. In Germany you can see the art of Maria Bang Espersen at the Affordable Art Fair in Hamburg from 14th to 17th November 2019.

“I try to create my own unconventional planet” – Albin Talik
3. September 2017